The result of the consolidation of over over 300 localized websites into one cohesive and centralized web environment, the Dutch National Police's site has, according to  CMS Critic, made the Police "concentrated and inclusive" of its community.

Ron de Milde, Program Director of Media Policy and Digital Media for the Police: "I am convinced that our innovations in how we inform citizens via www.politie.nl and internally via our new country-wide intranet, also thanks to using Hippo CMS, have contributed to our entering the list of the 500 'most admired' companies.”

Congratulations to the Dutch National Police and our partners Capgemini on the launch. 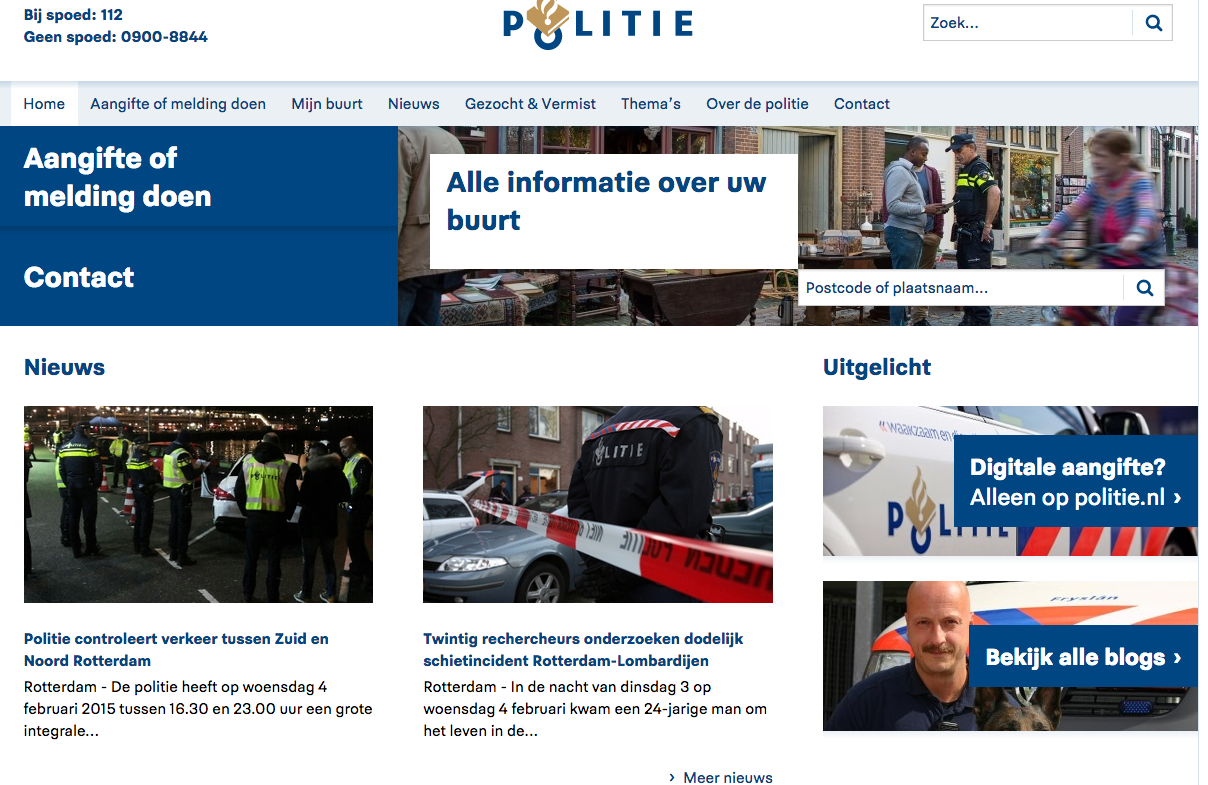