Since the late 90s, Ivo has always been around decision-makers and talented individuals across a wide range of industries, helping them understand situations, make informed choices, and get ready for their next challenge. Ivo has been working with Bloomreach employees since 2016, and he continues to be fascinated with the diversity and potential that is characteristic of Bloomreach today. 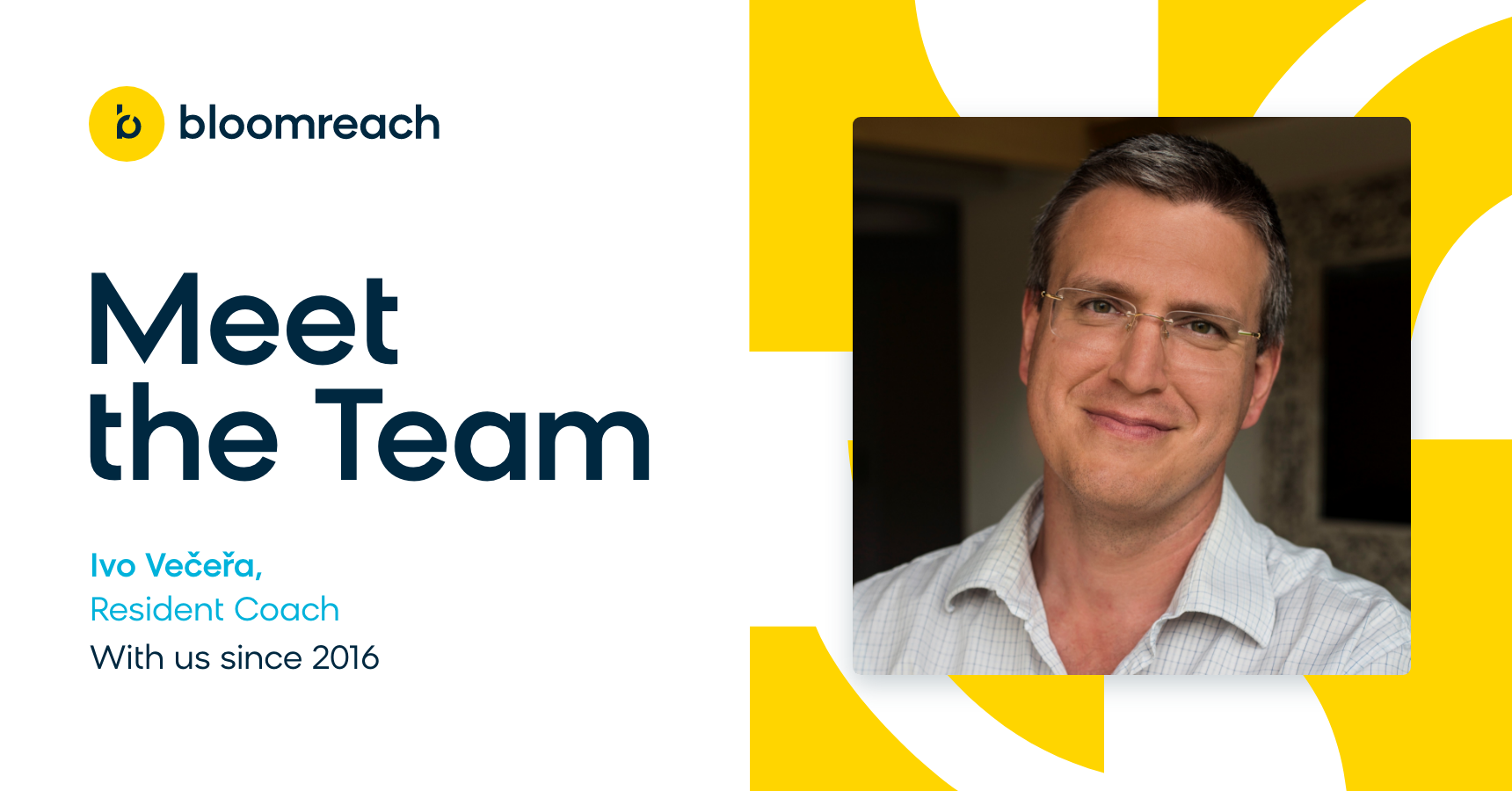 1. Ivo, in Bloomreach, you act as a Resident Coach for communication, cooperation, change, and personal growth. What was your career path before you landed in this role?

I once joined McKinsey & Company as a Comms Specialist. I didn’t really know who these people were, but I felt I did not want to be a conference interpreter anymore and that they were looking for someone like me. The lead partner said during the interview process that if I did join, I would never regret my decision. He was right. Over the 12 years I spent there, I was exposed to hundreds of challenging communication situations, and trained with a few very special people in and later outside of the firm who showed me ways to resolve many seemingly irresolvable ones. In the end, I got so engrossed in exploring the possibilities that I found my day job a little boring. Before taking a plunge into the world of start-ups, I also helped design and deliver an international leadership development program.

2. What does it mean to be a communication coach? What problems do you help people solve?

A life coach will help you realize, vocalize, accept, and plan for what you want. I help people achieve what they want without jeopardizing what they care about. To that end, I offer but don’t insist on an understanding of how people work alone and together, and what can be done with and about it at what cost given their specific talents, limits, and competences. I also allow people to test their newly acquired capabilities in a risk-free setting. Most of those who work with me systematically become robust decision-makers, effective communicators, and whether they like it or not, inspirational leaders.

3. What do you think are the benefits of having a communication coach in the company? Where do you see your added value?

Less drama, more fairness, accelerated personal growth, faster change, natural followership — these are noble concepts that look great in company literature. I can make them happen for individuals and teams.

4. Back in March 2016, you started working with Exponea employees (a company that was acquired by Bloomreach in 2021). It was a company of 12 people. How was your start with the company in terms of trust from employees?

Well, it was a refreshing shock. After years with a stiff upper lip professional firm where loyalty was unquestionable and emotions officially non-existent, I found myself among young emotional human beings who did not observe a dress code, and questioned authority and — surprise — my independence. I was initially taken to be the CEO’s inside man, so it would often take a few sessions for people to learn enough of me to tentatively lower their guards.

5. In 2021, after the Bloomreach acquisition, the company’s headcount grew to 826 people, combining two companies and people from four global regions. What exactly changed in terms of your work?

All of a sudden, things became more diverse. Bloomreach seemed like a melting pot. Not just in terms of national cultures, where what is innocent in one country may easily be a taboo in another, but also along all those Hofstede dimensions. Distance from authority, individualism, tolerance of uncertainty — you name it. And the linguistic diversity! That something is “great” will mean different things to a Briton, an American, and a non-native speaker. So, it did and still does take some adjusting, and sometimes I still manage to put my foot in it.

6. Is there any favorite coaching advice you like giving out?

There’s so much, but let me share a very universal quote by Bruce Lee that might benefit everyone out there: “Knowing is not enough, we must apply. Willing is not enough, we must do it.” On this note, I often remember my last teacher of communication, one of the elusive types McKinsey gave me access to. I would tell him after he explained some advanced technique: “I got it, let’s move on.” And he would say: “Show me.”

7. The last question for you is: What do you do to clear your head? How do you spend your free time?

I do many things in my free time, but I cannot imagine life without classical guitar and piano. Both instruments have pushed me to my knees and taught me to respect my current limits. Learning to play a new piece is the most frustrating yet fair and rewarding process I know. And giving life to hundreds-years-old music is perhaps as close as one can get to performing a miracle.

Petra is the Employer Brand Manager at Bloomreach, and is focused on capturing and amplifying the experiences of Bloomreach employees around the world. A brand manager with a background in marketing, PR, and events, she believes that people are a company’s most precious commodity, and prioritizing investments into their growth can attract the highest quality of global talent. Petra is also an amateur yogi, inspiring conversations enthusiast, cute furry animals fan, and a huge food lover.